Click on the Journal image to view the journal

The REASON we Breed and Conserve BIRDS! 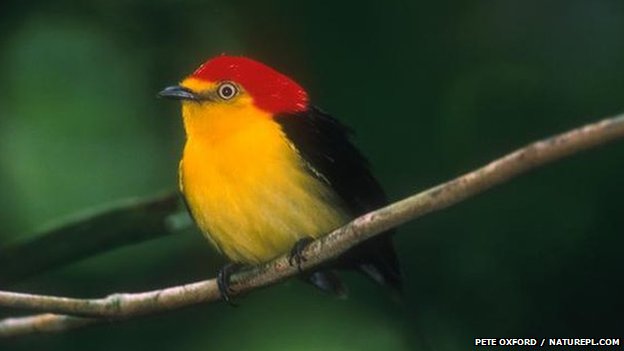 The finding is modelled on the effects of a 3.5C Earth surface temperature rise, a Biological Conservation Journal paper shows.

Mountain, coastal, restricted-range, and species unable to get to higher elevations could be the worst affected.

Depending on future habitat loss, each degree of surface warming could affect between 100-500 species, says Mr Sekercioglu, assistant professor of biology at the University of Utah.

"This gives us a clear big picture. The problem is most species in the world are highly sedentary... the public perception is most birds are migratory and so climate change is not a problem for them," he says.

Mr Sekercioglu says tropical mountain species are among the most vulnerable. He says bird species will need to be able to adapt physiologically to changes in temperature and be able to move to higher altitudes if they are to survive.

He says cooler, more humid forests could recede higher up mountains and combined with human settlements at higher altitudes, forest habitat could "get pushed off the mountain".

This would create "an escalator to extinction" he says.

"Coastal species are also vulnerable - as coastal forest can be sensitive to salinity, and these forests can get hit harder by hurricanes and typhoons, and these events are also expected to increase."

Birds in extensive lowland forests with few mountains in places such as the Amazon and Congo basins - may have trouble relocating, while tropical birds in open habitats such as savanna, grasslands, scrub and desert face shrinking habitats.

Tropical birds in arid zones are assumed to be resilient to hot, dry conditions, but they could suffer if water sources dry out.

Mike Crosby, senior conservation officer in Asia at Birdlife International says: "We know that quite a lot of tropical birds are not very good at dispersing so this could be a big issue in the future if the suitable climate moves several hundred kilometres or even tens of kilometres, some of the birds might not be able to move their ranges sufficiently quickly in response to that.

"We might have to take novel conservation measures in the future such as translocation of birds from one site to another."

The study looked at how manakins, of which there are 45 species in the neotropical region, would cope. Results showed that manakins limited to the lowland habitats of the Amazon and Cerrado in Brazil, would be most affected as they could lose up to 80% of their habitat; as many as 20% of the Cerrado manakin species are expected to go extinct.

He says while overall "birds are one of the least threatened groups of animals" by climate change, "they are the 'best case' scenario".

"The findings are likely to be much worse for all other groups of animals," he says.

Mr Crosby says: "We've got to prepare ourselves to be measuring temperature in protected areas, and measuring rainfall, and monitoring what's happening to species, so that we can respond in the appropriate way. It's very difficult to predict very precisely what's going to happen."

He adds that visitors to the region could help protect the birds they travel to see.

"People who go bird watching in the tropics can gather very useful data, given that the current data that we have is basically pretty poor in many parts of the world. Amateur bird watchers can really make an important contribution."